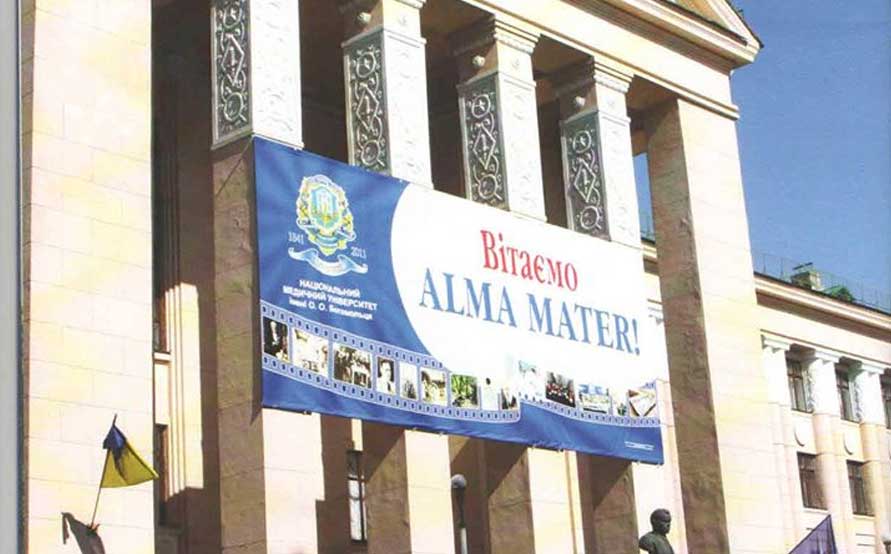 Bogomolets National Medical University (NMU) is a medical school founded in 1841 in Kyiv, Ukraine. The university is named after physiologist Alexander A. Bogomolets. NMU provides medical training for over 10,000 students, including about 1,300 foreigners from 56 countries. The university employs about 1,200 teaching staff.

Bogomolets National Medical University is an ancient organization that was formed 176 years ago with an aim of providing excellence. The name of the institute is outlined after the name of the physiologist Alexander A. Bogomolets. It is considered to be one of the best medical institutes of Ukraine. The university is located in Kiev’s cosmopolitan city. Students largely consider Bogomolets National Medical University as their prior option for medical studies from all over the globe especially Indian students. Students of near about 60 to 70 countries will be involved in the study of medicine in this university. The reputation built up by the institute is good enough to enrol medical students. The popularity of the organization can be easily known when you see that 5 medical graduates from 20 belonged to this medical college.