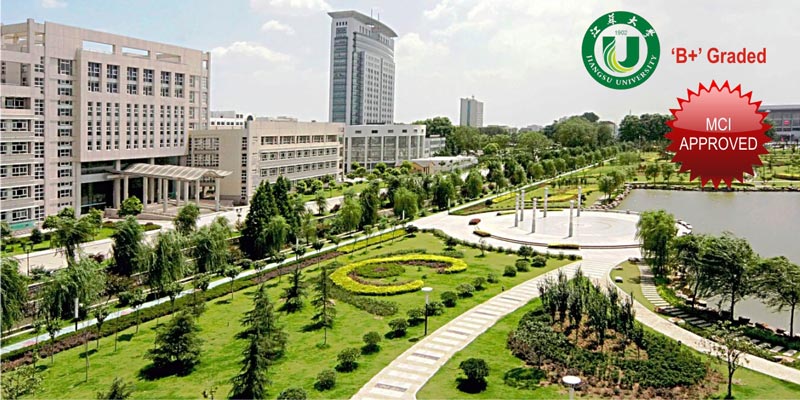 JSU offers 88 undergraduate programs, 170 master programs, and 42 PhD programs in 10 academic fields: Engineering, Science, Management, Economics, Medicine, Law, Education, Literature and History. The university has 13 post-doctoral research stations. Distinguished among its peers for its academic rigor, the 24 schools are competing and collaborating with each other for a high-level, research-oriented university with distinctive features and internationalization strategy.

JSU has 5,763 staff members (including those of Affiliated Hospital). 2,475 are faculty members, including 450 professors. 54% of them have got Ph.D degrees and over 24% have experience of overseas study. The current total enrollment of full-time students amounts to over 33,000, including 10,000 postgraduates, 842 international students from 74 countries. Jingjiang College of Jiangsu University has an enrollment of about 10,000 full-time students.

JSU has been promoting high-level research. In the recent 5 years, the total scientific research fund amounts to 25 billion RMB, sponsored by the governments and enterprises. The authorized patents in 2014 ranked 12 and in 2015 ranked 6 among China’s universities. Five disciplines have been ranked as top 1% in ESI, such as Engineering, Clinical Medicine, Materials Science, Chemistry, and Agriculture Science. Drawing on the big varieties of programs and multi-disciplinary strengths, we operate an array of research institutes and centers serving as both the academic think tanks and technological innovation source at the national and regional levels.

JSU has signed institutional cooperation agreements with 87 universities in 30 countries and regions by June 2015. The Confucius Institute co-built by JSU and Graz University (Austria) has been operating smoothly since October 2010, followed by the opening of the collaborative Chinese-German Language and Culture Center.