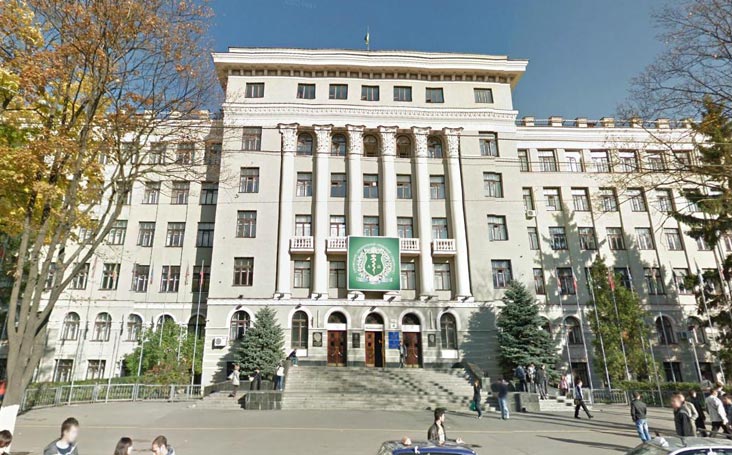 Founded in 1805 Kharkiv National Medical University is one of the oldest higher educational establishments of Ukraine. The University is the best institution for foreign students who want to Study Medicine in Ukraine.

The Degree (MBBS, BDS, MD, and NURSING) of the Kharkiv National Medical University is prestigious and it is recognized in many countries of the world. Among former graduates of the University there are ministers and members of parliaments in various countries, outstanding scientists and famous specialists who founded their own clinics abroad. Within the period of their studies the students undergo academic training in main medical specialties. They take part in examinations of patients, giving urgent aid, work at X-ray rooms, clinical and biochemical laboratories. Particular attention is paid to clinical rounds of patients, their management, filling in and arrangement of case histories with their subsequent analysis. Clinical and theoretical training of the students is performed at 56 departments of the University and the best clinics of Kharkiv with use of modern medical diagnostic and therapeutically equipment, computer software of the academic process, a wide use of audio and video aids.

Since 1951 the University has been training specialists for foreign countries of the Eastern Europe, China, Mongolia, and since 1961 students from the countries of Asia, Africa, and Latin America have been studying here. Currently there are 2700 foreign citizens studying at the University. More than 7,000 specialists from 86 countries of Europe, Asia, Africa, Latin America, and Middle East have graduated from KNMU since 1951. Among alumni of the University there are 12 Doctors and 90 Candidates of Medical Sciences, and 200 postgraduates. Russian and English medium is available for international students up to their choice. The University has become an important center for international students who need expert teaching in learning. The University is currently training about 8,000 students, among them 2700 foreign citizens. Among the University academicians there are than 803 teachers, including 130 Doctors of Sciences and Professors, 426 Candidates of Medical Science, and 17 Honoured Scientists.