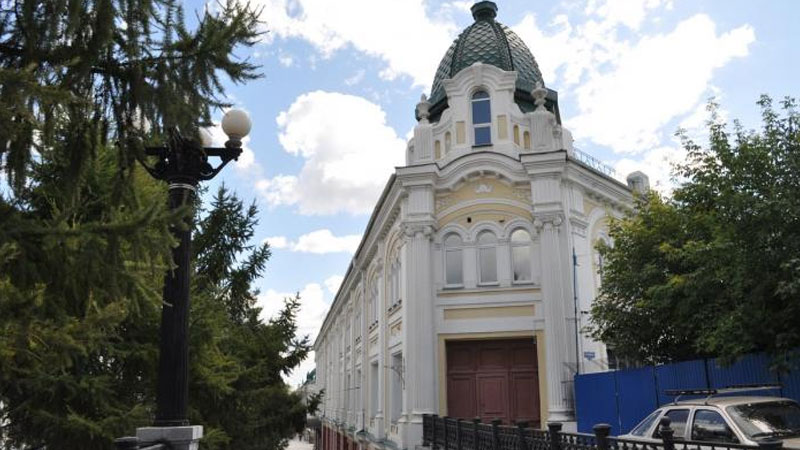 Omsk State Medical University – one of the oldest universities in Siberia, the date of its foundation, believes 1920. Decision Orgburo Sibrevkoma on November 8, 1920 medical department was organized at the Siberian Institute of Veterinary and Animal Husbandry of Omsk, which was adopted on the 186 students. In 1921, the state of West Siberian Institute was created, which became the first rector of the NKIvanov-Emin. In 1924, the college was renamed the Omsk State Medical Institute.

In the autumn 1931 opened a Faculty of maternity and infancy, which was renamed later in pediatric. In 1938, sanitary-hygienic faculty was opened (now the medical and prophylactic). In 1957 he held the fourth set – Dental School. Fifth newly created Faculty of Pharmacy began receiving in 2002 for full-time training, in 2003 – on the correspondence.In 1994 the Institute got the status of State Medical Academy.December 5, 2011 in the Omsk State Medical Academy as a structural unit is connected Omsk Medical College. In 2015, the Academy assigned to university status.

Today the University is one of the largest medical universities in Siberian region and Russia as a whole. The educational activities of the University is confirmed by certificates of quality management system compliance with the requirements of GOST R ISO 9001-2008 (ISO 9001: 2008). According to the results of official and independent examinations OSMA consistently, year after year, is among the 100 best universities in Russia ( university rankings ).

The result of many years of activity of the University is to train more than 35 thousand doctors. The pupils work in all regions of the country, as well as in the CIS and far abroad. The undoubted achievement OSMA is the target set, which is 45.4% of the total number of students studying on a budgetary basis. Today signed agreements on the training of doctors with administrations and health authorities Omsk, Kurgan, Tomsk and Novosibirsk regions, Khanty-Mansiysk District, Krasnoyarsk and Altai territories and other regions. Every year the university produces more than 8500 physicians.

The University has in its structure a training management center pre-university training and vocational guidance, 5 faculties and 4 colleges Branch, Centre for Advanced Studies and Retraining of specialists, as well as scientific management, financial and economic management; Central research laboratory; Center for International Relations and Information Technology; management of medical work and production practices;Business management; as well as self-supporting units: Center of laboratory diagnostics; the clinic; publishing and printing center.