HomePhilipines Our Lady of Fatima University

Our Lady of Fatima University 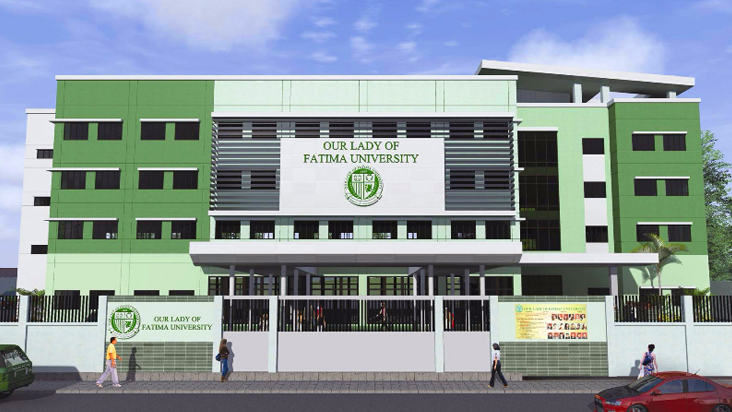 The year 1967, marked the auspicious beginnings of what is to become a premier educational institution in the country particularly in the field of medicine, nursing, and paramedical courses. It all started when Jose C. Olivares, a chemistry professor by vocation but with strong entrepreneurial spirit, and his son-in-law, Dr. Vicente M. Santos, an obstetrician, founded the Our Lady of Fatima Hospital in 1967. It soon became the primary provider of medical services to the residents of Valenzuela and its neighboring towns. With a vision of creating medical complex that will be a training center for competent health care providers, Mr. Olivares created the Fatima Medical Science Foundation Inc., and initially established the Our Lady of Fatima College of Nursing in 1973.

More curricular programs were added in the 1970s including courses in Midwifery, Chemistry, and Veterinary Medicine. More buildings were erected to accommodate the rapidly growing student populace.
In June 1979, the Fatima College of Medicine welcomed its pioneer batch of medical students with Dean Filemon T. Gozum, M.D. at the helm of the academic program. Underscoring its civic and humanitarian calling, the Fatima Medical Science Foundation Inc., established the Leonora Juzgaya Scholarship Grant, which bestows free tuition, board and lodging and textbooks to financially challenged but academically gifted medical students.

Through the years, the Our Lady of Fatima University has responded to the rapid changes in medical science and technology and the social milieu through constant modernization of its facilities and continuing development of its faculty. From the 1980s through the 1990s the country witnessed the development of OLFU with the inclusion of other courses and programs such as Physical Therapy, Hotel & Restaurant Management, Computer Studies, Maritime Education and Criminology.