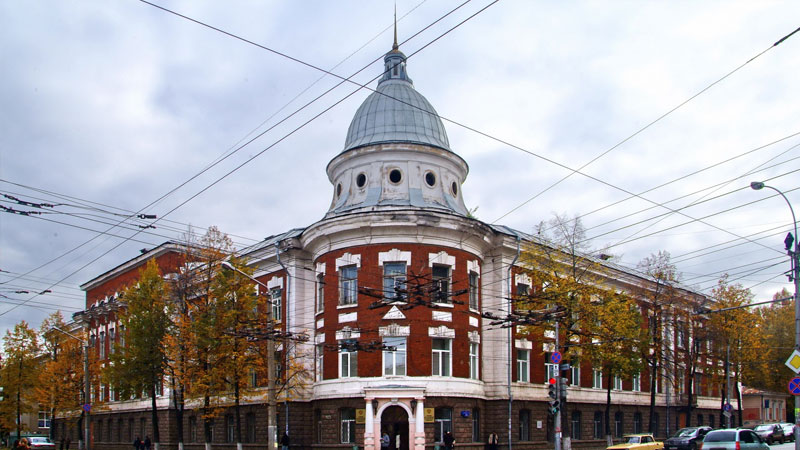 The University employs 569 highly qualified teachers , including 143 doctors and 354 candidate of medical sciences . Among them are the laureates of the State Prize, Honored Scientist of Russia, Honored Worker of Higher School, honored doctors of Russia, winners of the regional awards of outstanding scientists of the Perm region of Professor PA Yasnitsky, holders of diplomas Ministry of Health of the Russian Federation, the fellows of state scientific scholarships to outstanding scientists and talented young scientists of Russia, fellows of the Perm region. 87.7% of full-time faculty members have a degree. This is the highest among the universities of Perm region and one of the highest among medical universities of the country.

Scientists PGMU successfully develop scientific issues relevant for the Permian health and for the health of the Russian Federation: cardiology, pediatrics, surgery, neurology, dentistry, epidemiology and other areas.

Every year the University is leading in the number of patents for inventions and utility models among higher educational institutions of the region.

HEI play a key role in the implementation of national projects in health and education of the Perm region.

The University has 4 dissertation councils with the right to the award of a scientific degree of candidate and doctor of medical sciences.

Since 1992 the University has a program of international student exchanges within the IFMSA. During this time, it has trained over 100 specialists who work successfully in foreign medical institutions in the Middle East, Africa and Asia.

In the context of the Bologna process and the expansion of international relations is increasing every year the number of international scientific and practical conferences on the basis of the university and with the participation of employees PGMU.

Since 1997, the Perm Medical University – a member of the European Association of Medical Schools in Europe (AMSE).

In 2006 – the university was named after the outstanding scientist, laureate of the State Prize of Russia, Honored Worker of Science, Honored Doctor of the Russian Federation, the first academician of AMS of the USSR in the Urals – Eugene Antonovich Wagner.

In 2007, for many years of fruitful scientific, pedagogical and medical activities PGMU was awarded the Thanks of the President of the Russian Federation .

In 2008, the university was awarded a diploma to be entered in the National Register of Russian “One hundred best universities of Russia” in the category “Elite Education of Russia” for outstanding professional achievements and significant contributions to the development of education, education, spiritual and moral education of youth.

In 2010, the University received a certificate of quality management system with respect to the educational activities in the field of public health requirements of GOST. He became the winner of competition “The best university of the Volga Federal District” .

In 2014, the Academy assigned the status of University.