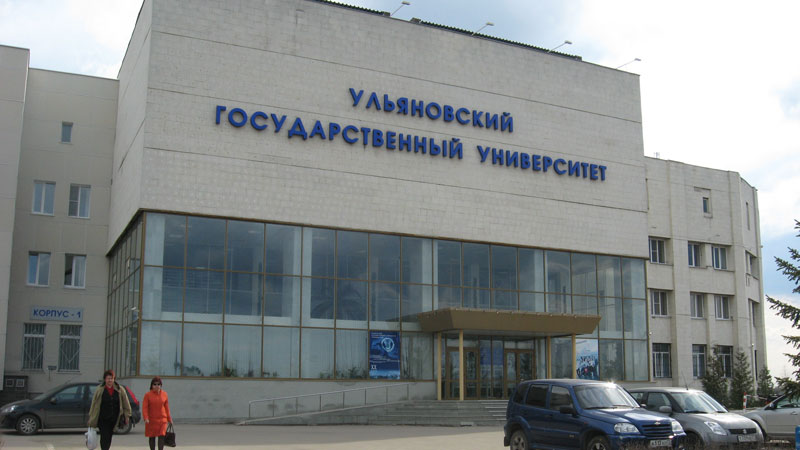 In 1985, the USSR government adopted a resolution to establish the first university in Ulyanovsk, which was to open its doors to first students in 1995. The government acted on the request of the Ulyanovsk region administration, which hoped for a new academic institution to satisfy the growing demand for professionals in rapidly developing fields, such as radiophysics, electronics, mathematics, information technologies, medicine.

In 1986, the regional administration established a special group to work out a concept of the new educational institution. The group, which included members of the local government and scholars from several educational institutions of Ulyanovsk, was guided by prof. Yuri Polyanskov, who was later elected the first USU rector and held this position until 2006.

Since the need for new employees was extremely urgent, the initial plans were soon adjusted to envision the university opening in 1988. In addition, it was decided that the new university would become an affiliate of a large university from a major neighboring city – Gorky (currently Nizhny Novgorod), Saratov or Kazan.

However, careful consideration tipped the scale in favor of the most renowned institution of higher education in Russia, Lomonosov Moscow State University (MSU), which would give its newly founded affiliate a head start, ensuring excellence in education and research. This idea was approved by Gennady Yagodin, Chairman of the State Committee for Education, and MSU President, prof. Logunov. On February 11, 1988, the USSR government adopted an official resolution to establish a MSU affiliate in Ulyanovsk. This day is celebrated as USU birthday.

Ulyanovsk State University started its activity with two faculties — Mathematics and Economics, which at that time enrolled a total of about 200 students. The first classes took place on September 1, 1988, in a turn-of-the-century mansion located in the city center, which for a few years remained the only university building and currently houses the majority of administrative offices.

The university campus design project, selected as a result of the national competition, envisioned several study, research and recreation facilities in a largely undeveloped city spot on the Sviyaga river. Construction began a year later, and 1992 saw the completion of the first classroom building, which became home to Faculty of Humanities and Faculty of Physics and Technology.

In the first few years the new affiliate depended heavily on MSU for guidance on educational, research and administrative issues. The support and encouragement of colleagues from Moscow were instrumental in helping USU quickly secure a leading position among academic institutions of Ulyanovsk and Mid-Volga region. Tradition and excellence, the two words invariably associated with Moscow State University, became a major magnet for a great number of many school-leavers from Ulyanovsk and neighboring regions.

After eight years of being an MSU affiliate, the university was granted autonomy by the decree of the President of the Russian Federation, Boris Yeltsin, issued on December 17, 1995. The resolution of the Russian government to that effect was adopted on January 8, 1996. By that time, Ulyanovsk State University with its total enrollment nearing 4500 had grown to include 11 faculties.