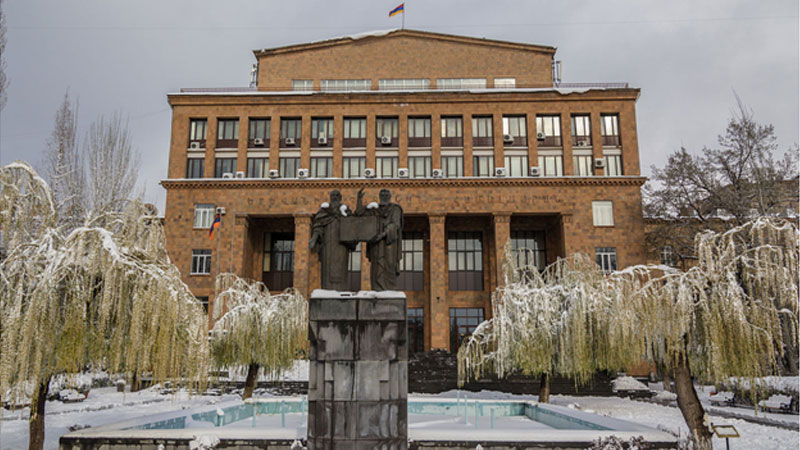 Yerevan State University was established in May, 1919 and was officially inaugurated on January 31, 1920.

The university was called Yerevan Popular University and was situated on Astafyan (now Abovyan) street in the building of the former teaching seminary, which was built around 1900-1906.

The construction of new buildings (architect E. Tigranyan) began in the fifties in the territory between Mravyan and Charents streets, they are still there. The first rector of the YSU was H. Manandyan (1921).

Initially there were two faculties: of physical sciences and of social sciences. Later new ones were inaugurated – agricultural,oriental, and technical (1921). In 1923 the labor faculty was jointed. In 1930 Polytechnic, Medical, Cooperative andPedagogical Institutes were established in Yerevan on the base of the faculties of YSU.

Because of the latter process of separation of faculties into separate institutions (universities), the YSU is referred to as the “Mother University”.